“How can I protect people from suffering?” An Interview with John Mwaba, Research Fellow at the Center for Infectious Disease Research in Zambia (CIDRZ) 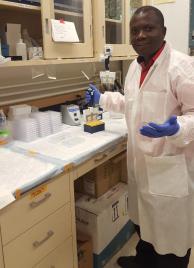 This is the question that prompted John Mwaba, a Research Fellow at the Centre for Infectious Disease Research in Zambia (CIDRZ), to enter into the field of medical microbiology, and ultimately led him to the field of cholera.

Each year, around 2.8 million people suffer from cholera and about 91,000 die from this preventable disease.1

Cholera is “one of the biggest challenges the world is facing,” John noted in a recent interview, and an estimated 1.3 billion people are at risk. According to John, if we do nothing, the number might double in the next five to 10 years.

Recently, John’s work on cholera outbreaks and oral cholera vaccine in Zambia took him to the United States to work with the Delivering Oral Vaccine Effectively (DOVE) Project, funded by the Bill and Melinda Gates Foundation and led by the Johns Hopkins Bloomberg School of Public Health.

In a recent interview with Brittany Goetsch, a Program Officer on the DOVE Project, John discussed his work in cholera, his collaboration with the DOVE Project, and where he sees the future of cholera research and response efforts.

To support capacity development in cholera surveillance and laboratory techniques, DOVE hosts visiting researchers to travel to Baltimore, Maryland and work alongside DOVE scientists at the Johns Hopkins Bloomberg School of Public Health. During the several weeks John spent in Baltimore, he and DOVE scientists further explored the effectiveness of oral cholera vaccines in providing immunity—research that will inform national cholera control plans and cholera response efforts in Zambia. Their research focused on immunological assays—not currently available in Zambia—that allow for the testing of immunity among blood samples from people who received oral cholera vaccine. Together, they assessed if the same cholera strains are causing recent and past cholera outbreaks by analyzing V. cholerae isolates from 2009, 2010, 2016, and 2017 using multiple-locus variable-number tandem-repeat analysis (MLVA). This analysis will impact our understanding of how cholera spreads across and within countries, and the potential for closer collaboration with neighboring countries in combating cholera outbreaks. “Having this kind of knowledge will help in policy formulation at both country levels as well as regional levels,” noted John, which is critical to cholera response. 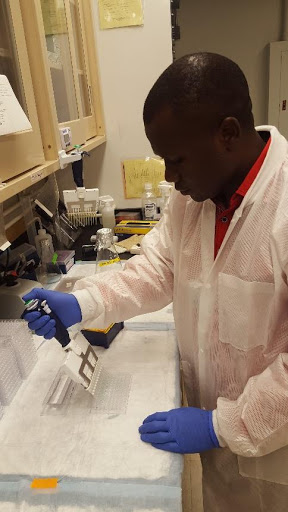 Additionally, during his time in the U.S. John worked closely with DOVE Scientist Dr. Mohamed Ali on hotspot mapping. Hotspot mapping is the process by which areas at a high risk of disease are identified through data from current and past outbreak surveillance, demographics, and water and sanitation infrastructure. According to John, identifying areas at high risk of cholera is important to guide response efforts and effectively implement campaigns. The DOVE Project works in conjunction with in-country researchers and health experts to develop hotspot maps in several countries in order to inform cholera surveillance and response efforts. John and Dr. Ali developed hotspot maps for several districts within Zambia, analyzing retrospective data from cholera outbreaks, water and sanitation infrastructure indicators, and demographics from 2008 to 2017. John hopes to use this information in coordination with the Ministry of Health for cholera prevention and control measures. “If every person knows how cholera is transmitted, how cholera is spread, they will be in a position to better protect themselves from catching cholera.”

Looking to the future, in 10 years, John hopes to see a reduction in the number of people at risk, and that research finds the “ways and means of sustaining the reduction.” However, despite achievements in limiting the spread of cholera and preventing outbreaks, John notes that failure to maintain these measures could mean that the number of cases begins to rise again.

Listen to John discuss what he wishes people knew about cholera, and where he sees cholera in the next 10 years. 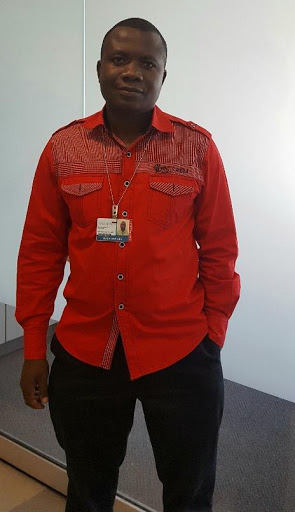